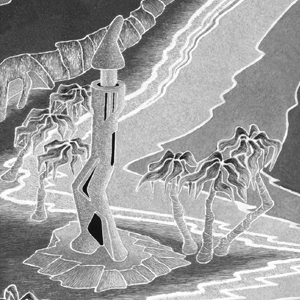 FRANCESCO VISALLI – The eurhythmics of chaos

Francesco Visalli’s art is relentlessly impregnated with his personality and a temperament that is as somewhat dynamic and multi-faceted, where life itself becomes a subsurface that corresponds to pictorial emotions.

He is an artist that always keeps the features of unpredictability and evolution open and now, in more recent years, has allowed all of his creative and productive energy to pour forth.

Each element that he prepares to present, every shape and reflection has forever inhabited his mind. His recent output encompasses the thoughts and characteristics of an entire existence.   His inspiration is now free to give vent confused impulses following subtle tendencies and primarily his great intuition, the driving force behind his choices. Even chaos and chance, along with everything that is not rational, play a part in his works. An almost divine will coincides with human craftsmanship.

So it is that the slender designs of his ideas take shape and develop within “parallel visions”. They are singular compositions where the artist expresses himself within the safety of broad dimensions and encircles the observer with his scenarios, increasingly involving him in these new and “possible” existences that are as visible, truthful and absolute as habitual reality itself.

We can define Visalli as a visionary of what is real. He does not produce visions born purely of the fruit of the imagination (something we find, for example, in Hieronymus Bosch, whose magic and overpowering character he recaptures) but rather, which, belong to reality itself and represent other dimensions or “alternatives” as the artists himself like to define them.  In these unexplored places (where interpenetrations of lines and shapes occur that often succeed one another in unprecedented geometries) fragments of reality, reminiscences and imagination coincide.  The present, the past and the future evolve within a subtle phenomenological game of “happenings”.

Visalli expresses in the best possible manner the notion of the “fantastic” in modern literature. In the modern literary genre of the fantastic, so exhaustively theorised by Todorov and Ceserani, the appearance of the supernatural, the eruption of “something different” actually takes place within everyday life itself. In Visalli’s works, just as in the tales of Hoffmann, Edgar Allan Poe or Théophile Gautier, the psychophysical entities create unexpected “epiphanies” that surprise the attention and play on our perceptions and certainties.

The way is left open for endless interpretations, playing on intuition and distortion of the beings that depicted. It is as though some aspects are decontextualised, others repeated or embodied in other shapes and by graphical lines that branch out across original patterns. Transmorphed from natural origins, they appear to take on new guises. The skies, expanses of water and other entities that are made up from different colour tones (purples, greens, blacks or other cell-like shapes) or of surfaces with lines originating from different levels or even the inverted relationship of the proportional scales (Caos cosmic [Cosmic Chaos]; Visioni 1, Isola del Tesoro [Treasure Island]; Visioni 3, Ex viale [Former Avenue]; Infinita storia d’amore [Infinite Love Story); Alba di Madame Chisciotte [Madame Quixote’s Dawn]; La valigia [The Suitcase]).

Visalli performs visual conceptual experiments allowing the paintings to lose their static state and avail themselves of almost sound-like transmissions and perceptions of psycho-sensory emotions.

Such “encounters” can be observed from different points of perspective created by the artist himself using points of escape that diversify the level of each painting. From an infinity of possible viewing angles and distances, observers can track down hidden “truths” – visions that are part of his very soul. Just as occurs in the lower part of Holbein’s painting The Ambassadors (where the skull is only visible from one single perspective and not from an overall, general view) so too, in the works of Visalli, we find an interconnection of a multitude of anamorphoses that is exclusively contemporary in taste.

The works present a balanced and euphonic chaos, visible from an aesthetic perspective through the subtle elegance of the association of shapes and colours. They invoke and touch upon memories, feelings, notions, utopias, vicissitudes and elements – which are distant from one another and contrasting – which find their mutual connections and agreements perfectly. Anything discordant finds an orderly place of union within the picture, generating a heightened sense of harmony, the distinguishing feature of his works.

The antithetical cosmic vigour of Visalli’s art is best expressed in the linearities, configurations, alternations and vibrancy of colour tones. It enters into a eurhythmic relationship with the spectator and the surrounding environment, becoming interactive through the power of a language that is essentially dichotomous. The artist himself talks about the importance of the circularity of life and the recollections that cross it “in a natural curvature that is reached by everything “. In the Alba di Madame Chisciotte (Madame Quixote’s Dawn) we can admire the extreme personality of a fighting woman and discover the symbolism of the perfect union of opposites… “as different as two drops of water, but capable of forming a sea”.

There are numerous conciliations within his paintings (Infinita storia d’amore [Infinite love story]; Anima gemella [Twin Soul]). Everything that is destined to be distant, nevertheless eventually reaches its completion, its perfect union with what it was missing most, just like within the pieces of a jigsaw puzzle where the end finds is found in the start and vice versa.

In the same way his works represent the subtle and harmonic interpenetration and interaction of a Dionysian soul, consisting of that vital impetus, the id, the most enthralling, instinctive and chaotic part, with a formal Apollonian spirit that gives great beauty, symmetry and plasticity to his painting.

Moreover, even the more strictly pictorial aspects of colour tone take on a clear rhythm of alternation and combinations availing themselves of the contrast of colour vibrations and intensities.

With great innovation and experimentalism of drawing, Visalli shows full mastery in the linear and graphical construction of the shapes through the white on the canvas that he intentionally leaves extremely intact. So it is that, in the part of the painting where nothing is happening, the main structure of each work is constructed.

The outlines appear to be engraved with a clear, thin line which creates their features, defining and highlighting the interpenetrations of the colours created by using vivid and brilliant backgrounds. His works, exclusively oil on canvas, present visual tonal codes that provoke emotion and involvement. Often the artist integrates considerable material features created using brush strokes to achieve a greater relief effect, sometimes with the aid of sand, and so creates exuberant experimental effects.

The image acquires numerous areas of depth through multi-coloured variations and combinations of light and shade that are created exclusively by alternating the bivalent force of the backgrounds, where every colour is pure – the separation between the blacks, blues, purples, greens and the warmth of the yellow, pink and red. This too demonstrates fully the paradigmatic temperament of the artist himself, immersed in the contradictoriness of a life lived in contrasting situations – Eros and Thanatos, parallels and discrepancies, nihilism and power. Colazione da Tiffany (Breakfast at Tiffany’s) tells us about the irreconcilability of differences, which may often meet but not coincide, like being and having.

In the disjointedness we find the singularity of his thought. In his search for opposites, Visalli finds what he is most looking for: “I wanted to die and could not find a better death than through art”. For him painting becomes a rebirth, a catharsis, the place to offload the driving urges, transporting his great instinctiveness towards the absolute.

In this way he becomes a new demiurge directed towards the artistic path by hope, positivity, the search for light and by a “discordant” equilibrium that introduces us to the evolution of a dynamic system where an infinite variety of visual, intellectual and sensory “possibilities” are at work to express the evolutionary nature of his artistic poetry within a “chaosmosis”.

This innovation really manifests itself in Caos Cosmico (Cosmic Chaos).  Just as in the Venetian “pictorial caprices” of Canaletto and Guardi, here too, the sensation is as if we are entering inside a musical composition where everything “happens” and surprises us, linking together semantics and convergences. It is an innovative conception of the spatial and temporal – different parts of time intersect on the canvas, moving from divergent memories and imaginations that emerge within the different areas of space and perspective.

Landscapes, views and other sceneries live within a new space-time concept where we find constructions erected on different slopes, disparities in ground levels together with the depth of the chasms. Within these great scenery combinations, every entity described retains its own solemn majesticness.

Bases, rainbows, dwellings, vegetation, horses, human figures – every entity retains its importance and its incisive “function” within the totality of the picture.

Humanity is skilfully interpreted by the linearity of the drawing and by a subtle introspective analysis that depicts its physical, psychological as well as allegorical features. Visalli depicts the likenesses of man describing them through the colour black, representing their corporeity and their character in expressly earthly terms. In this too, there is a faint hint of ancient Greece and Rome. We see an example of this in the grand triumphal entrance in Visioni 3, ex viale (Former Avenue) where imposing figures invite us on a mysterious journey.

Occasionally the artist gives us a glimpse of the loss of earthly character by symbolising the human figure using white (an example of this poetry can be found in La Valigia (The Suitcase) with the spiritual, almost supernatural, embrace of the two lovers on the lower left-hand side). In the work entitled Osteria (Tavern) the body’s glow provides an indication of the progressive loss of the relationship with the earthly to enter into other dimensions.

Infinita storia d’amore (Infinite love story) represents his great faith. It is a work dedicated to salvation, the divine light that shines its golden rays onto the hair of the female figure on the upper right-hand side.

In art, Visalli relishes the freedom that can only be found in painting, his chosen means of expression. Every painting becomes a long journey into the inner life and a new discovery. La valigia (The suitcase) embodies the story of his existence and is a work that he always carries with him. Here we find the dispersion that becomes his whole life.

The energy of dissonance is what one needs if one is to create shape and balance, just as light originates only from the fading of darkness.

Thanks to a heightened desire of the “will for power”, Visalli makes use of creative energy to produce works that constantly take us by surprise and which retain their concept of the uniqueness of a work of art: Walter Benjamin’s lost aura.