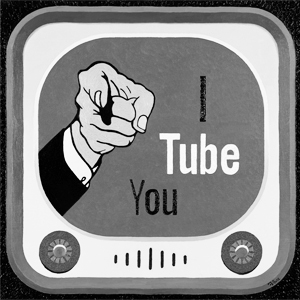 New transcendence and new beliefs in the icons of Francesco Visalli. The sacredness of a religious icon gives way to an invisibility that is completely secular, where the God of men replaces the God Man, without enhancing its immanence.

Not as a command but as a matter of fact, Visalli records the change of the time and the population of unknown evanescent figures, impalpable, sometimes redeemed within the concept of a network, but never mystical, figures which are basically nothing more than avatars, shadows of people. Sous, perhaps.

It is the web which suggests their omnipresence and omnipotence. The truth of the other is ancillary, what matters is their credibility and their lack of absence, which is quite different from a presence. Egoism has its triumph in the ability to activate and deactivate relations and reactions, as well as the will to annihilate the Other and Self; by pressing a button you remove people from your horizon, and even from a part of your life. The relationship between real and virtual is investigated to celebrate a further exaltation of thought. Man can do anything if everything is nothing more than man.

In a universe that favours the artefact to the fact, the projection of what you want is more important than what has been achieved, the ambition to be something else is more significant than what you have. The higher level of communication speaks of encounters between souls free from the confines of socially imposed rules and sacrifices. The lower level refers to a fusion of illusions feeding the greatest possible delusion of the reality of the virtual and the virtuality of the real.

But it is precisely this fusion which generates a belief. If proof of the validity of the virtual is found in the virtual itself, the self-referential aspect of the machine is the mechanism that frees the individual from the need to experiment. It is enough to have a project, even in life, to have lived. The affirmation of the individual becomes solid power in the multiplication of its echo.

If philosophy says God is dead, technology will perhaps want to turn it into an app. Communion is in tag and tweets, relationships in a “like” which passes from the eye to the keyboard perhaps without touching the heart, the family is an accepted friendship in a game of pure invention of roots and ties, where destiny is won with a click. The world is a small site to navigate. The Other is the nostalgia of a few, who perhaps do not know how to grasp the happiness of the surface.

Beware though, the hi-tech Hosanna which does battle with the hell of a lost connection, it is exile, excommunication, a breaking off. This is why art clothes itself with the virtual: to lend it material and poetry, a solidity of vice and virtue.

Francesco Visalli and the new icons of the contemporary 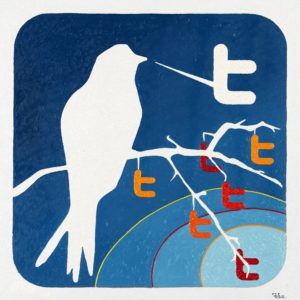 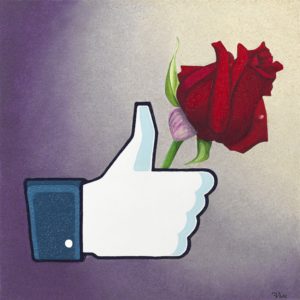 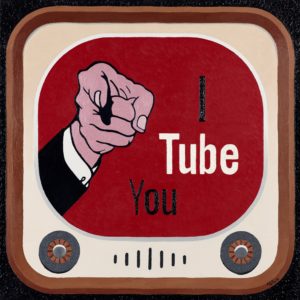 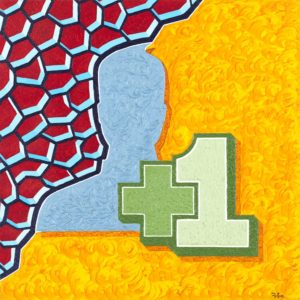 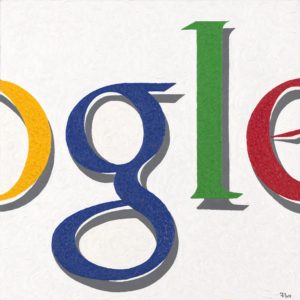 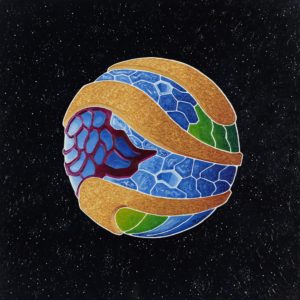 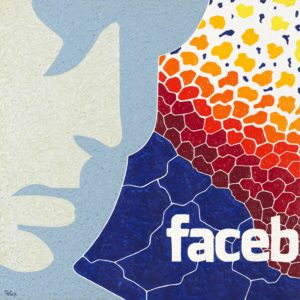